This shop has been compensated by Collective Bias, Inc. and its advertiser. All opinions are mine alone. #WhyPlumFormula #CollectiveBias #Sponsored

A little over six years ago my husband and I were anxiously awaiting the birth of our first child. We had prepared the nursery, picked out a name, and decided on which hospital we would deliver at. We felt like we were ready for just about anything and were just anxious for him to be here with us. I just assumed at that time that I would be able to breastfeed him without any difficulty and he would be eating like a champ from the beginning. 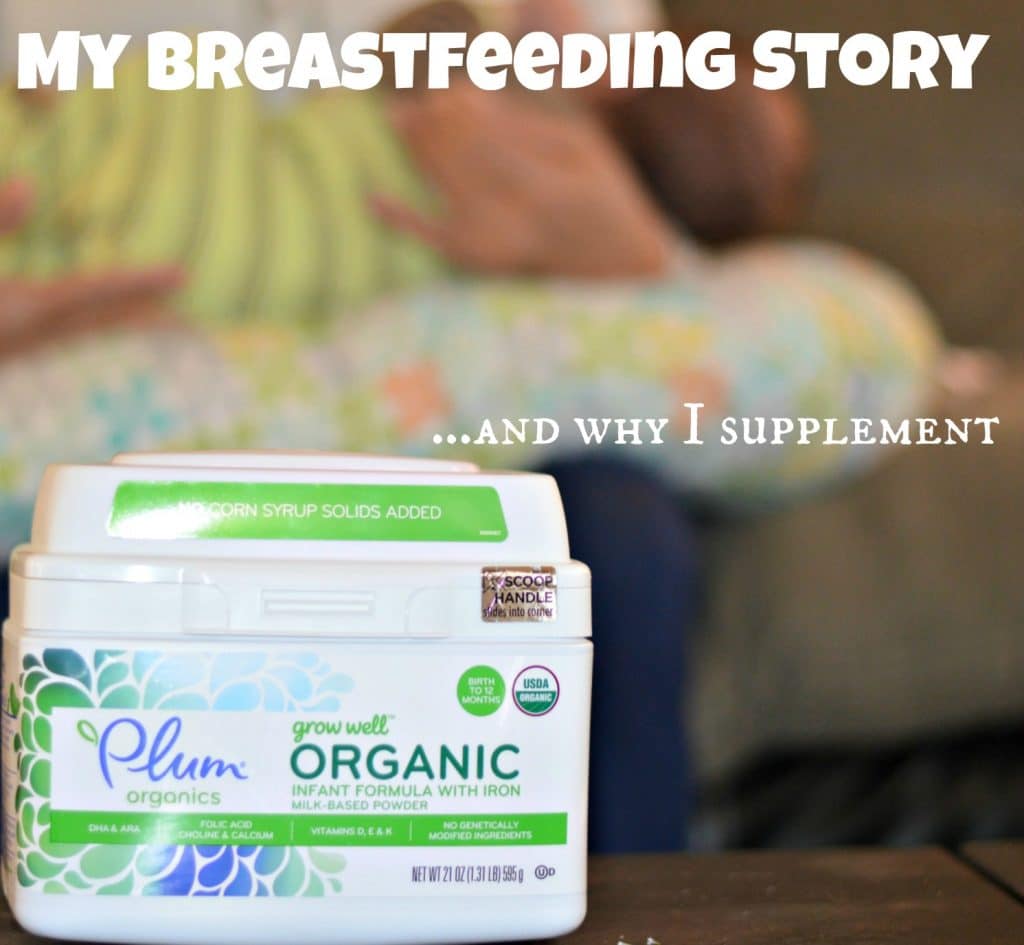 When he finally arrived, we were so excited to start our life with him. Immediately after he was born, the nurse gave him to me and she told me to try and breastfeed him as soon as possible. I was excited to try, but my excitement quickly turned to sadness when I couldn’t get him to latch on. I figured it was just something that would take some time (which ended up being true), but I didn’t expect it to be as hard for me as it was. As the days went by,  I saw lactation specialists, and read just about everything I could find online, but my little baby wasn’t getting enough to eat. I felt like I was to blame and it was a really hard time for me.

Because I wasn’t able to breastfeed effectively at first, my doctor told me that I needed to start supplementing my little guy with formula. I was a bit disappointed, but relieved at the same time. For me, the most important thing was that my baby was healthy and eating enough. I started giving him formula in between breastfeeding, and the stress was almost immediately alleviated. My husband was able to feed him during the night, and I was able to focus on my recovery and improving breastfeeding. We continued supplementing for a few months, and eventually he was breastfeeding again almost exclusively.

Since then, we have had two more beautiful baby boys (the most recent was just born 2 weeks ago). With each of them I have supplemented a little bit as well. With my second, his glucose levels were low at the hospital, so we started supplementing him there and that was a pretty similar story to the first. With my new baby, my milk took a little bit longer to come in and my baby boy lost a little bit too much weight. We had to supplement with formula for a few days until he was right back on track.

Even though each of my boys were different, it was always important to me with all of them to have high quality formula that provided them with the the nutrients that they needed. One of my favorite formula brands is Plum Organics® Grow Well® infant formula, which I like to pick up at my local Safeway in the baby aisle. 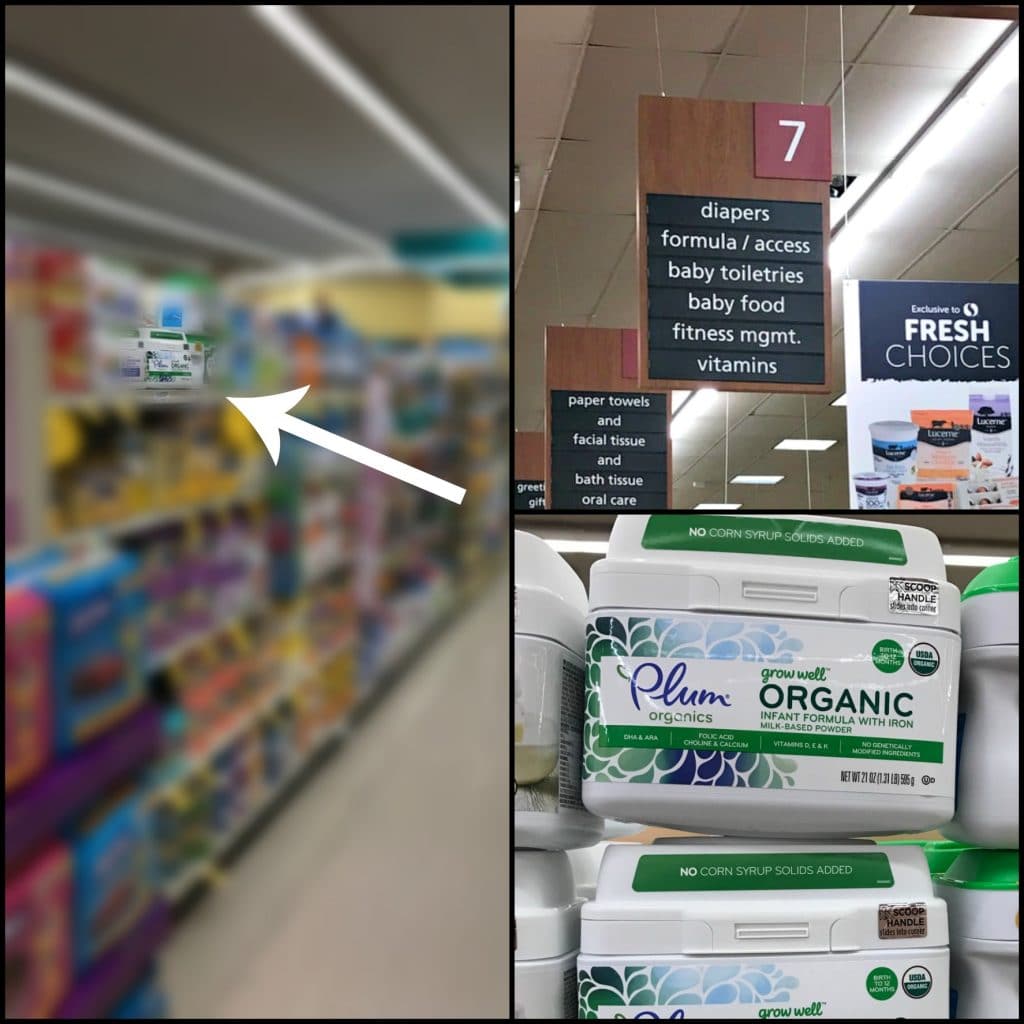 Plum Organics is always a go to brand for me for snacks and meals for my little guys, so it was only natural for me to try out the Plum Organics Grow Well infant formula too. It is organic and non-GMO, so I feel good giving this to my baby. I also love that it has no corn syrup solids added and the carbohydrate source is from cow’s milk lactose only to mimic the lactose found in breast milk. It is made with milk from cows that are not treated with rBST as well, which is important to me*. 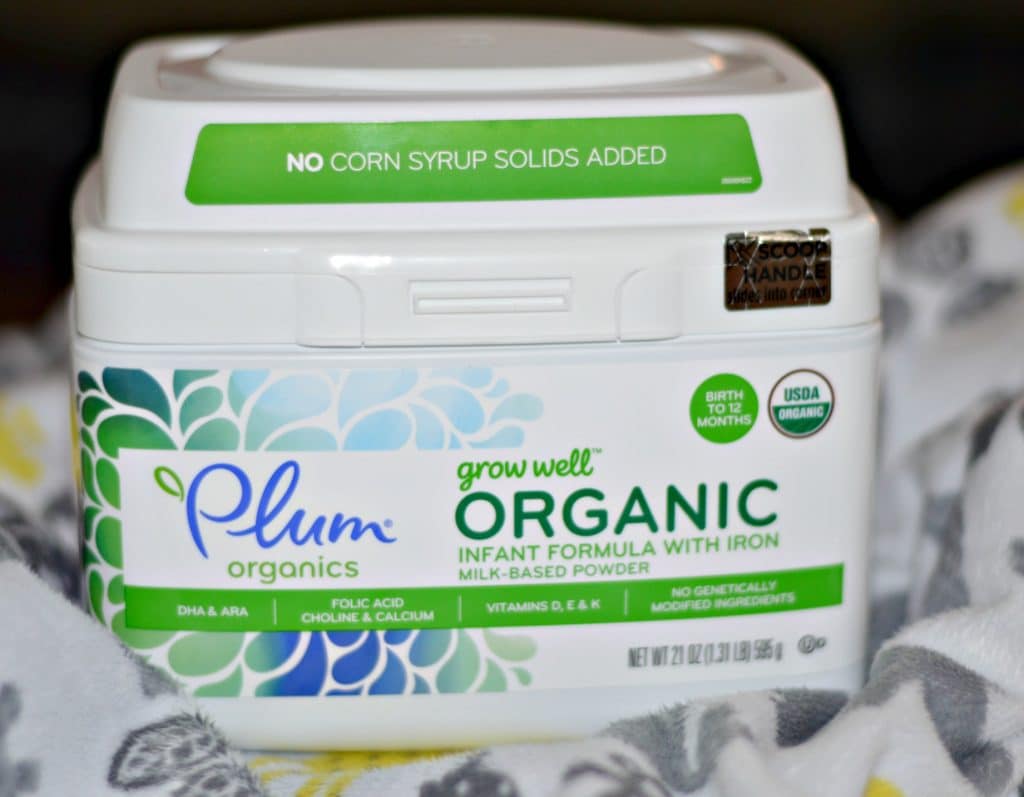 Right now, if you use the coupon at the link in the below image, you can get $5.00 off. You will need a Safeway or Albertsons account to get this coupon, so open one now if you don’t have one yet!

I am so happy that there are great products like this on the market so that mothers that choose to supplement, and those that have no other choice, are still able to give their babies what they need. It really brings me a great peace of mind and has made raising my three little boys a little bit less stressful.

I would love to hear your experiences with breastfeeding and supplementing with formula in the comments below!

*No significant difference has been shown between milk derived from rBST-treated and non-rBST-treated cows.)