This shop has been compensated by Collective Bias, Inc. and its advertiser. All opinions are mine alone. #Bananamazing#CollectiveBias 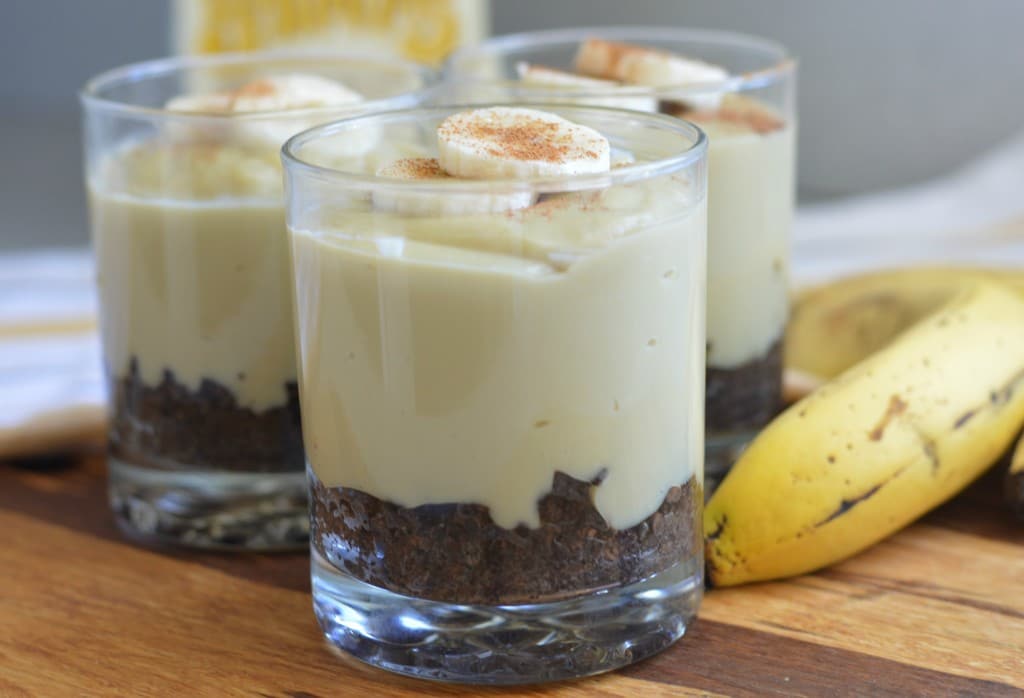 When I was a girl growing up in Mexico there was one drink that I remember always drinking with my breakfast – banana milk. My mom or my grandma would always make it from scratch, adding some bananas, sugar, and milk and blending it up. It was always one of my favorites. 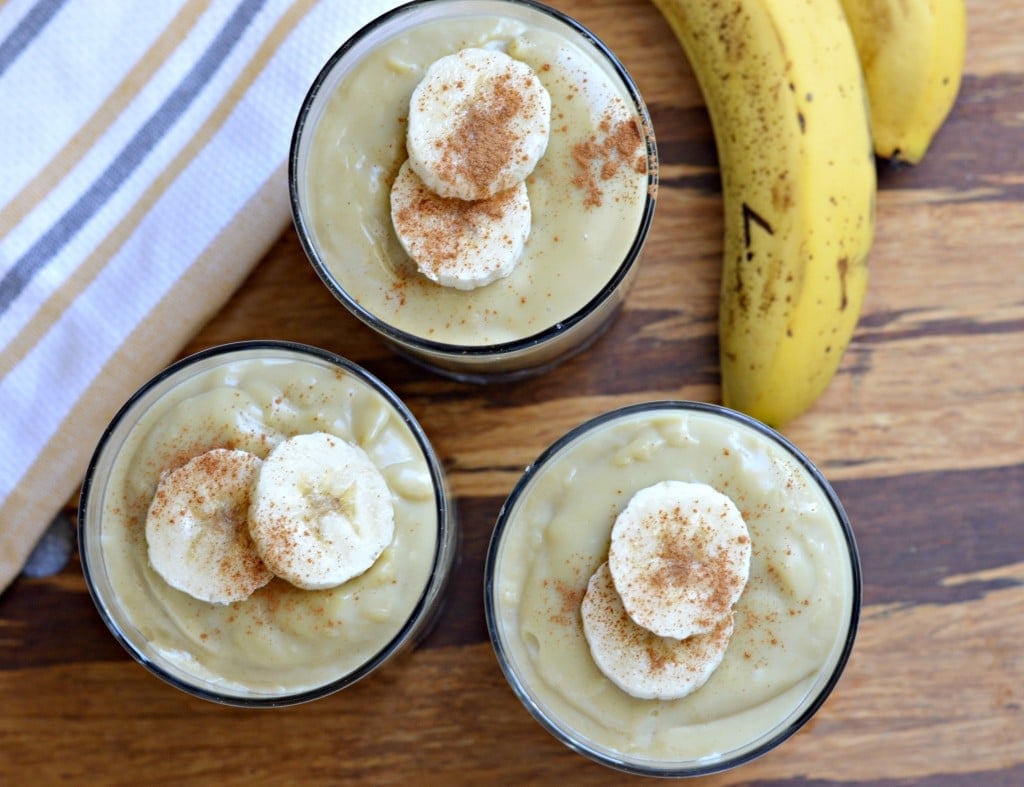 I always planned on carrying on the tradition when I had kids of my own, but now that I do, I have found that sometimes I just don’t have time. In fact, I never made banana milk for my boys until just a few weeks ago! That said, they loved it, and have been asking for it ever since. Unfortunately, I am not able to make it too often, so I am so happy that I recently found a pre-made version at Walmart! It is called Sir Bananas™ Bananamilk. I stocked up on it and my kids have really been enjoying it every since. Click here to find out where you can buy it. 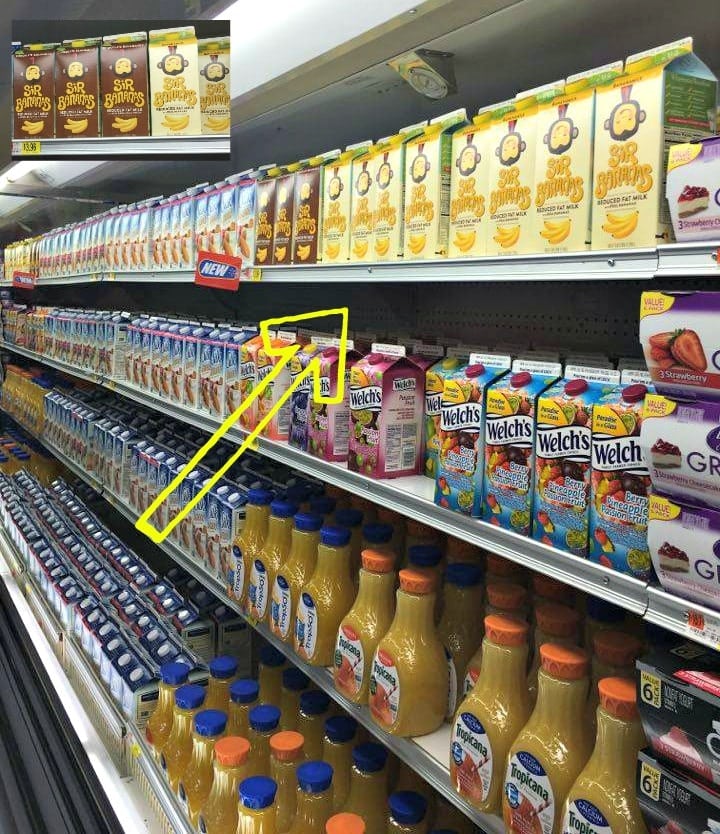 Sir Bananas™  has a great creamy taste, is made with real bananas, and comes in two flavors – Bananamilk – 2% milk, and Chocolate Bananamilk – 2% milk. It is a great option for kids, especially if they love bananas! Today I am going to share a recipe using Sir Bananas™ Bananamilk, and if you want to learn more about the product and find some other great recipes, you will want to check out their site here. 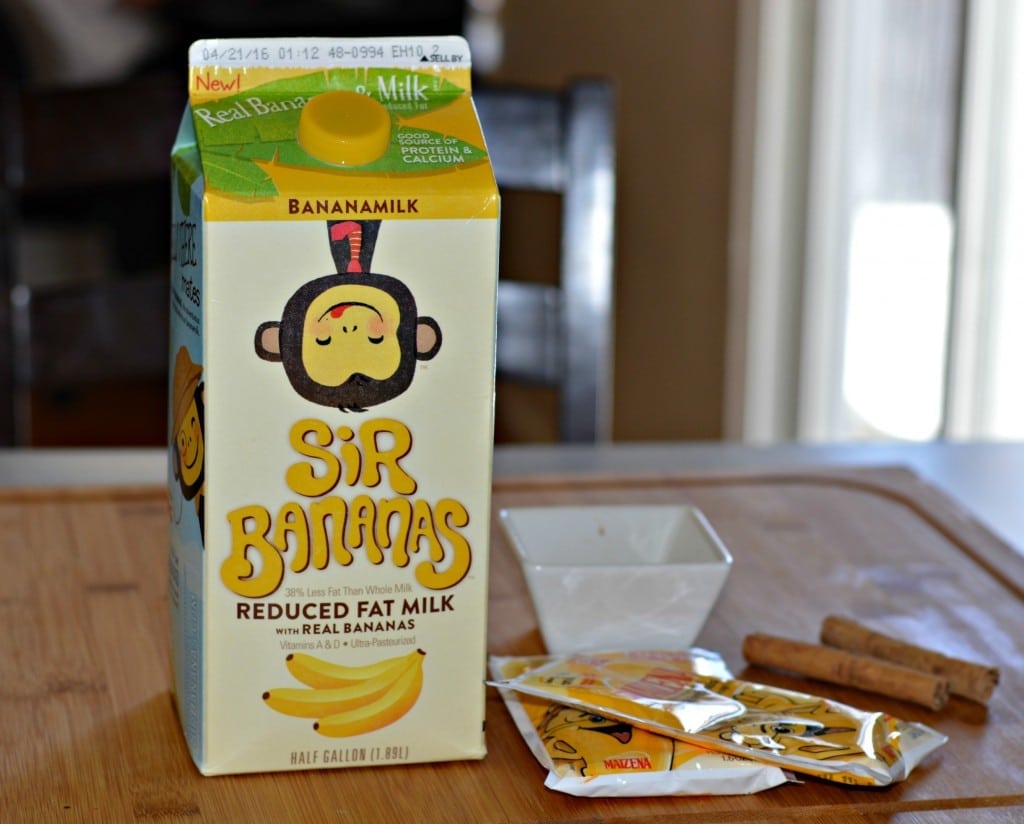 Today’s recipe is a variation of a delicious dessert that in Mexico is called “manjar” (pronounced “mawnhar”) which is really the Mexican version of pudding. I always looked forward to eating it when I was younger, and I still love it now that I am an adult. This is a relatively simple recipe to make, and your kids will love it. 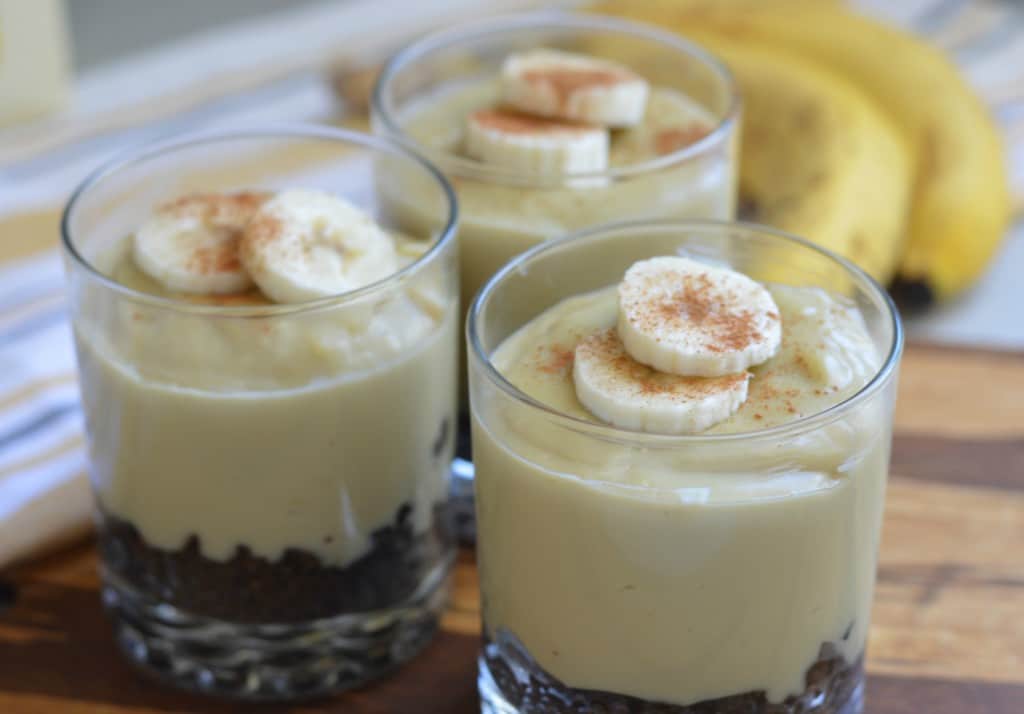 The traditional version uses regular milk, but I wanted to change it up a little bit, so I used Sir Bananas™ instead. I have to say – this was a great choice, as this turned out to be one of the most delicious versions of manjar that I have ever had! It seemed extra creamy and smooth, and the addition of the banana flavor was just what it needed. 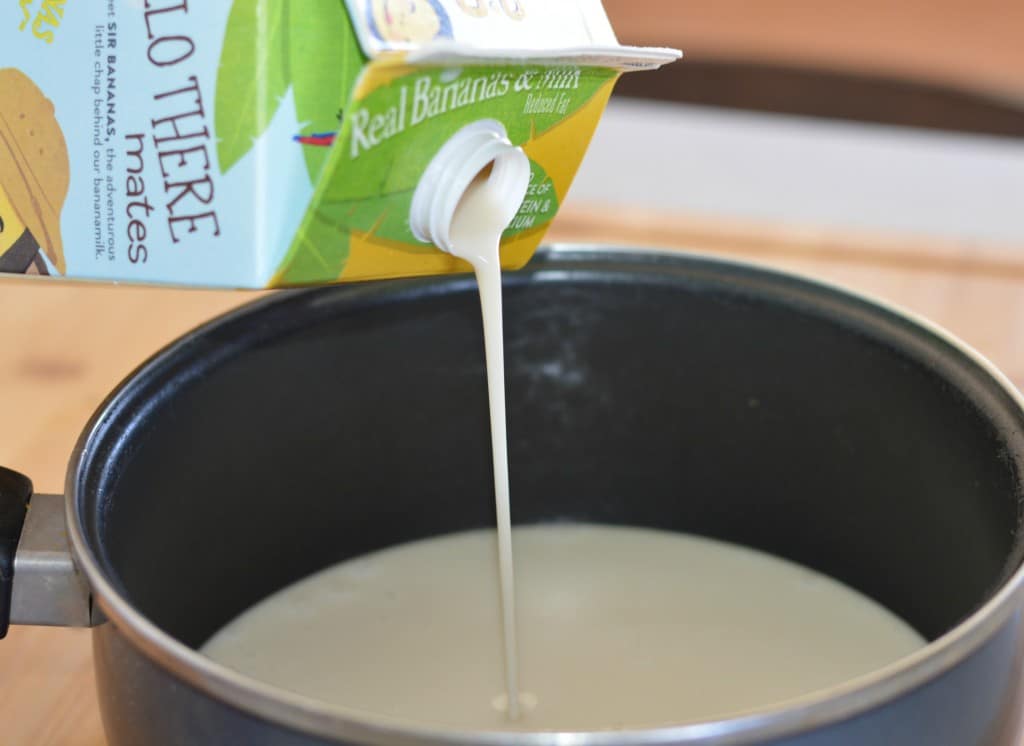 As you can see, I also decided to add a homemade chocolate cookie crust to put under the manjar, but that step is totally optional. This is a great snack that you can make for your kids for an after school snack, or for something a little bit lighter than ice cream for dessert. It doesn’t matter when you decide to serve it, your kids (and you) are sure to enjoy it just like we do! 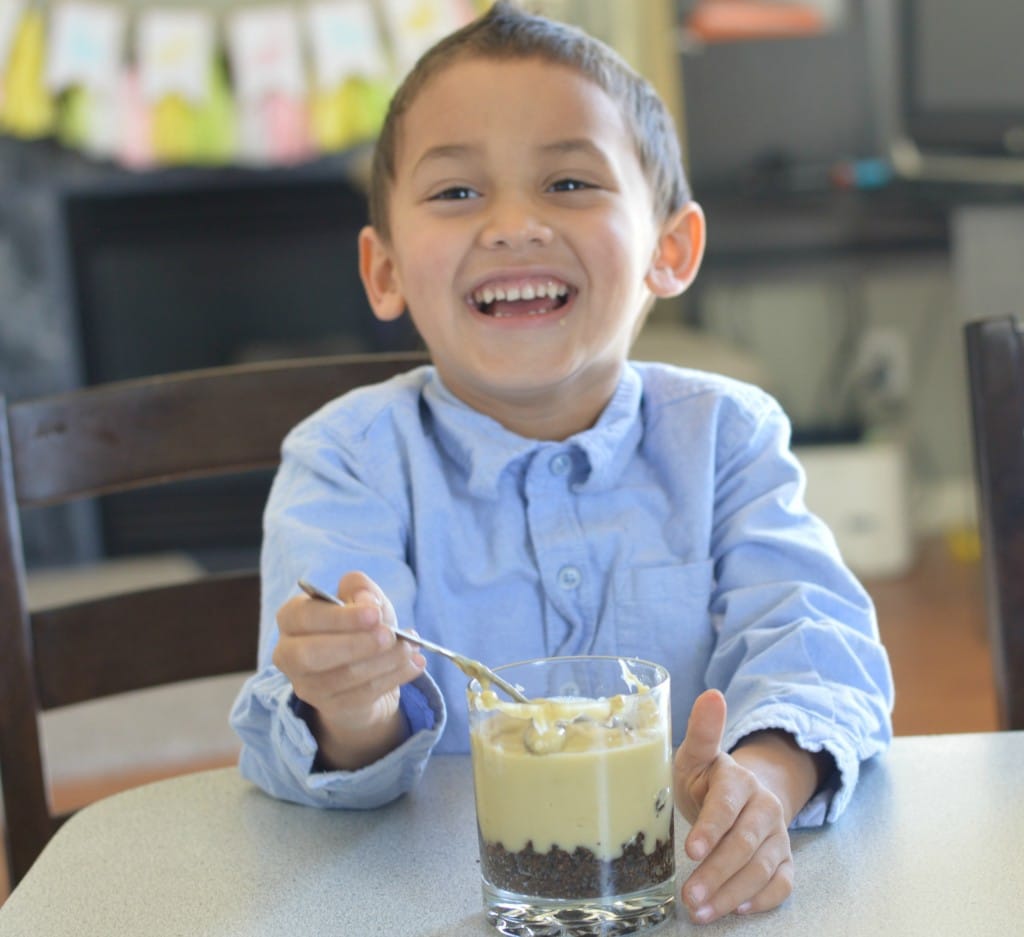 If you do decide to try this, let me know how it turns out in the comments below! 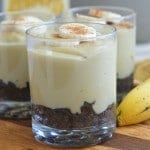 For the Chocolate Base

For the Chocolate Base

Oh wow This looks awesome!!!! I'm sure my girl would enjoy this dessert as much as your kid!!! and... Uhmmm well, me too LOL!!! Hugs

I've never heard of banana milk before. The one you talked about or the store bought one. It does sound delicious though. I'll have to give it to my kids to try out.

What? Banana milk? That sounds so good!

My sister and her kids would love this. And it seems fairly easy to make. I will have to share this recipe with her.

Milk with bananas?! Now this I have to try!