This article is based on my own personal experience raising my children. The tips and guidance mentioned here doesn’t substitute professional advice and individual results may vary based on each individual child.

I am from Mexico originally, so my first language is Spanish. My Husband, a US citizen, and I got married in 2009 and shortly thereafter I moved to the United States. Apart from the culture, the food, and other difference, the most difficult adjustment for me was the language. When I first arrived in this country, I didn’t know any English, except for the most simple words, such as “Hi” and “Thank You.” Any communication I had with my in-laws was made through signs, smiles, or by having my husband translate! Although everyone was always so nice to me and patient, without a doubt, the language barrier was a challenge for me.

A few weeks after arriving, my husband and I moved to another State so that he could begin another semester of college. So we lived pretty far from most of my husband’s family, except for one of his sisters that lived a couple of blocks away.

A few months down the road, our first baby boy was born, and I was still struggling with the language, so when my husband was at school and work, I would study and practice my English all day – I watched movies and TV in English, and I tried to read in English too. As a result of spending so much time practicing my English, I often found myself saying words in English to my little baby, which made me realize that I was completely neglecting to teach him my first language – Spanish!

If you would like to teach your child to speak a second language, but you don’t do it because you think it takes too much effort, I would like to share with you a few reasons that I found while doing research for this article as to why you should reconsider.

BENEFITS OF BEING BILINGUAL

1. Mental Flexibility: Often, bilingual children have an increased ability to take in new information, because switching between two languages exercises the part of the brain that controls those functions.

2. Concentration Skills: Bilingual children are able to concentrate on the tasks at hand and block-out distractions.

3. Listening Skills: Because Bilingual children are listening for two different languages, their listening skills are highly developed and they are better able to comprehend what is being told to them.

4. Better Resistance to Alzheimer:  The constant mental gymnastics that a person has to do by learning a second language keeps the brain active and flexible in the future.

5. Problem Solving: Bilinguals are better able to store and process information, which helps them to solve complex problems in a creative and flexible manner.

7. Personal Connections: Speaking two languages allows bilinguals to make friends and other connections in different community and to associate with new and interesting people, both at home and abroad.

8. Cultural Development: Speaking a second language also permits and encourages bilinguals to learn more about other cultures in the native tongue.

9. Employment Opportunities: Being bilingual opens up the door to many employment and academic opportunities that would otherwise not be available.

10. Traveling: Although speaking a second language isn’t a requirement for traveling, it can make it easier and more gratifying.

If after reading that information, you changed your mind, and you do want to teach your children to speak a second language, then I would invite you to keep reading these four tips below which are based on my own experiences raising my little boys. 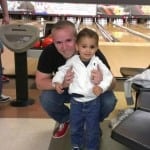 Talk to your spouse and make the decision to speak the language you want your child to learn almost exclusively while at home. In my case, my husband also speaks Spanish fluently, which has made it easier for us to speak mainly Spanish at home. So what happens with English you might be asking? Don’t worry, your children WILL learn English everywhere else. :). 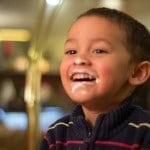 2. USE BOOKS, TELEVISION SHOWS, AND ANY OTHER TOOL TO HELP YOUR CHILDREN TO LEARN THE SECOND LANGUAGE.

In this day and age, there are so many books, magazines, and TV shows at our disposal that can help us with the difficult task of learning two language. What has helped me personally are Dorling Kindersley books, TV shows like Dora the Explorer, Go Diego Go, Handy Mandy, and Baby Einstein videos that are available on YouTube. Of course every child is different and not everything that I have used will help your children or have similar results. I am specifically talking about the tools that I have used to help me to teach my son Spanish, and other language may require completely different tools. 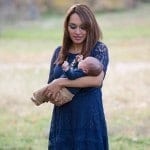 4) INTRODUCE YOUR CHILDREN TO YOUR NATIVE CULTURE

Even if you are not able to visit your home country very often, nearly everyone has access to the internet. You should take advantage of these resources (as well as visiting your country when you can) to teach your children about your culture. That will give them an incentive to learn the second language. For example, my mama came to visit us a few months ago and she doesn’t speak any English. My little boy recognized that she didn’t understand what he said in English, so he would say to her “quiero agua” while still telling his daddy “I want water.” That showed us that he associated his abuela being from Mexico with speaking Spanish.

And after all of those tips, if you still have some doubts about this topic, here are some common myths about raising bilingual children.

I have written this post hoping that I can help you at least a little bit in your road to bilingualism. I know that it is not easy, and the key is practice and being consistent. Even though I have tried to apply all of these steps with my little boys, I still have a ways to go. But with a little bit of effort, practice, and consistency, anyone can achieve this goal. Please don’t miss out on giving your children this opportunity if it is possible for you, they will definitely be grateful when they are older!

Maybe you are wondering how is it possible that my child will speak English if I am always speaking to him in Spanish and all of the learning tools are in Spanish? Well, it is well known that children have better language retention than adults and their minds are better able to absorb new things than the minds of adults. Furthermore, according to experts, childhood is the best stage of life for a person to learn new languages. This doesn’t mean that older children and adults can’t do it, but it takes a little bit more effort. So to answer the above question, my son is learning English with little effort, naturally. He speaks English with his cousins, his aunts, uncles, and with his grandparents. He hears English everywhere – in the stores, at church, on TV, and everywhere else, and of course his daddy is his best teacher!

Great article! I am Greek my wife is Italian and we live in Ireland. At home we use our native languages of course, plus English so our son of 8 years is fluent in all of these languages. Congratulations again for this descriptive article!

Visiting you via the SITS girls, great tips! It is true that being bilingual is a total plus in life and in any career your children might choose in the future. Wish you the best with your blog.

Really great tips, Charbel! I am also raising bilingual children. English is my first language. I was born and raised in the US, but learned to speak Spanish when my Mexican grandmother married a Mexican who spoke no English when I was 5 years old. From that moment on, I only spoke Spanish at home and English at school, at work, and with friends. Now that I've moved to Mexico with my husband and our 4 kiddies, we speak mostly Spanish at home because it's just easier. But now that my kiddies are on summer break, we are trying to speak only English with them while we are at home and my 16 year old daughter is giving her younger brothers and sister English classes in the afternoons.

I love your tip for also teaching them about both your native culture as well as your husbands. I do the same with my children. We celebrate both cultures holidays and tradtions, and I tell my kids that they are lucky because they get the best of both worlds.

It's so nice to "meet" you, Charbel. I hope you are having a lovely SITS Day! Saludos desde Mexico! :D

This is great advice! I am mad at my dad for not teaching my brothers and me Italian when we were growing up and I am desperately trying to learn it now so that I can teach it to my son. I love that you've included the myths associated with raising bilingual children. Stopping by from SITS.

Thank you for sharing your bilingual story. I would love to teach my baby Hebrew... but I've never fully learned it myself. It's something I've always wished I knew, but whenever I make an effort to learn I lose it shortly after because it is not spoken where I live. I would love for him to be fluent, but my all or nothing approach has led to nothing... which isn't getting me anywhere. I am going to try to find more ways for us both to learn together, through shows, books, and music. Thank you for the tips!