This Extra Creamy Yogurt Pie will end up being one of your favorite desserts from the moment you first try it. The creamy texture combined with fresh fruit and a delicious graham cracker crust will leave you and  your guests asking for more every time! 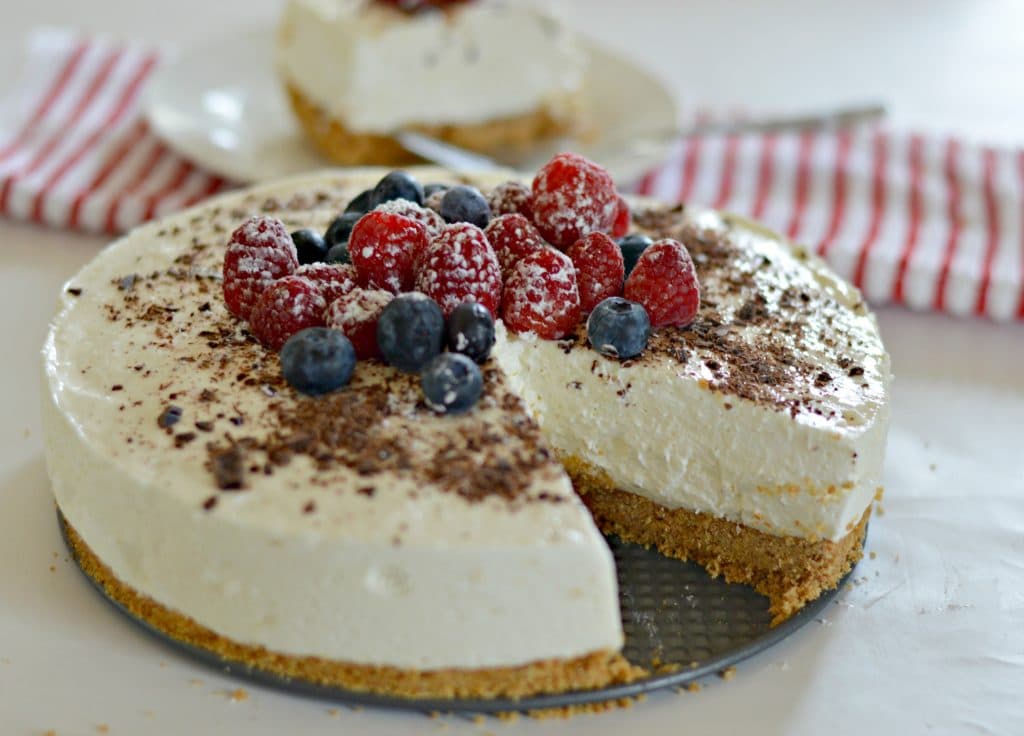 I have mentioned in the past that I am not the greatest baker – it seems like every time I try to bake something, something goes wrong. That is why I love coming up with no bake recipes that are just as delicious, and that don’t require an oven! Two of my favorites are my no-bake OREO cheesecake recipe, and my Lemon Carlota recipe. Both are so easy to make, don’t require an oven, and are delicious!

This recipe is no exception – the first time I made it my whole family couldn’t believe how delicious it was! When I told them that we were having yogurt pie, they were a little bit hesitant, thinking that it wouldn’t be too good. After one bite though, they were already preparing for seconds! My husband excitedly declared, “this tastes like I am eating cloud – a delicious, creamy cloud!” I thought that was pretty funny, but I guess it is a good way to describe it. 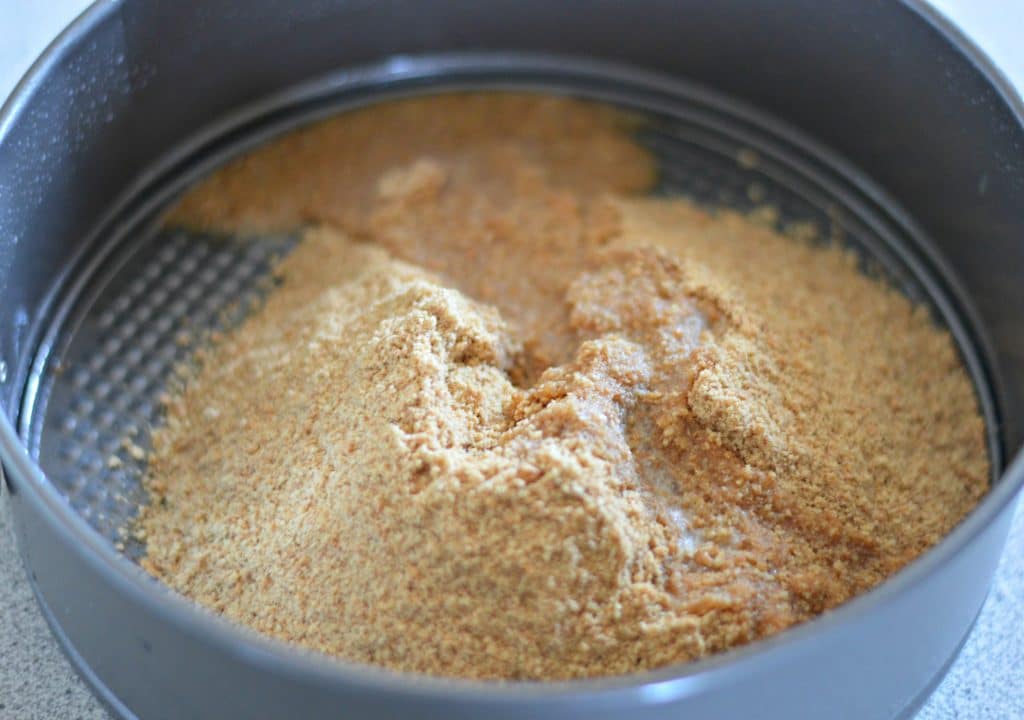 This yogurt pie is so easy to make –  starting with the graham cracker crust, you just need to put the crushed up graham crackers in a springform pan with melted butter like you can see in the image above. Then just spread it out evenly so it looks like the below image and put in the refrigerator to cool and harden. 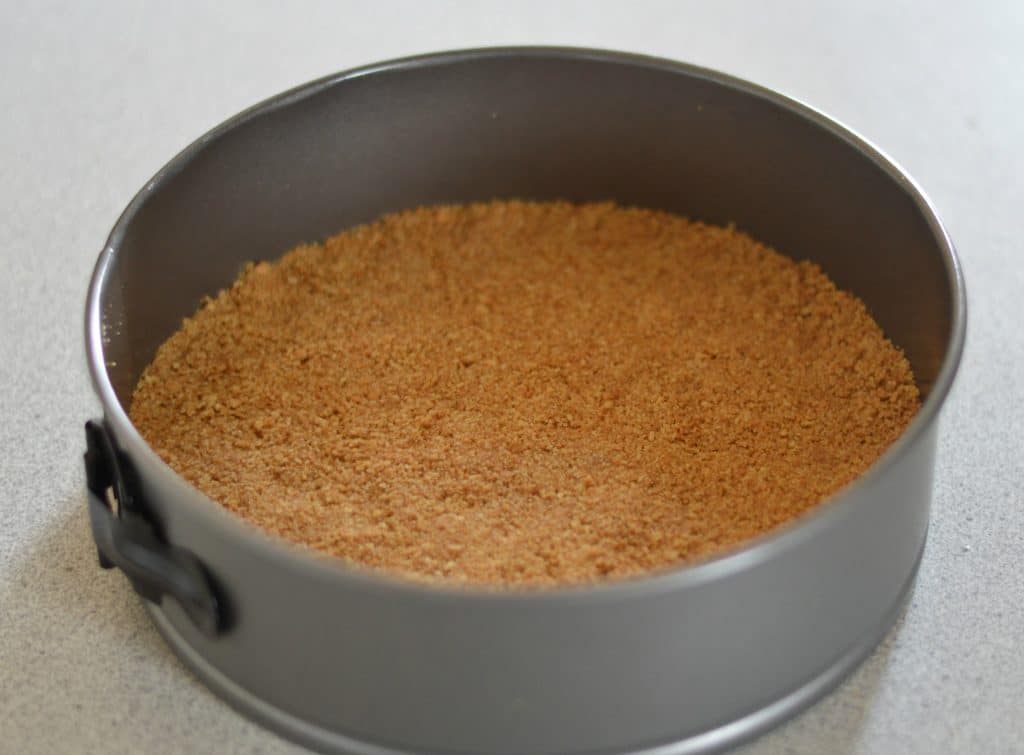 After the crust is ready, it is time to make the best part – the extra creamy filling! The secret to making this work is following these instructions exactly for using the unflavored gelatin correctly. This will allow it to set up perfectly so that you don’t have to bake it and so that it has a nice creamy texture. The instructions are in the recipe below, but here they are in visual form too so that it makes sense.

You will end up combing yogurt with a delicious homemade whipped cream and the above unflavored yogurt combination. The result is a perfectly smooth and creamy filling for this tasty yogurt pie. After letting it chill, you will remove it from the springform pan carefully and decorate it however you want. I added some shaved chocolate and fresh fruit, and it was amazing! 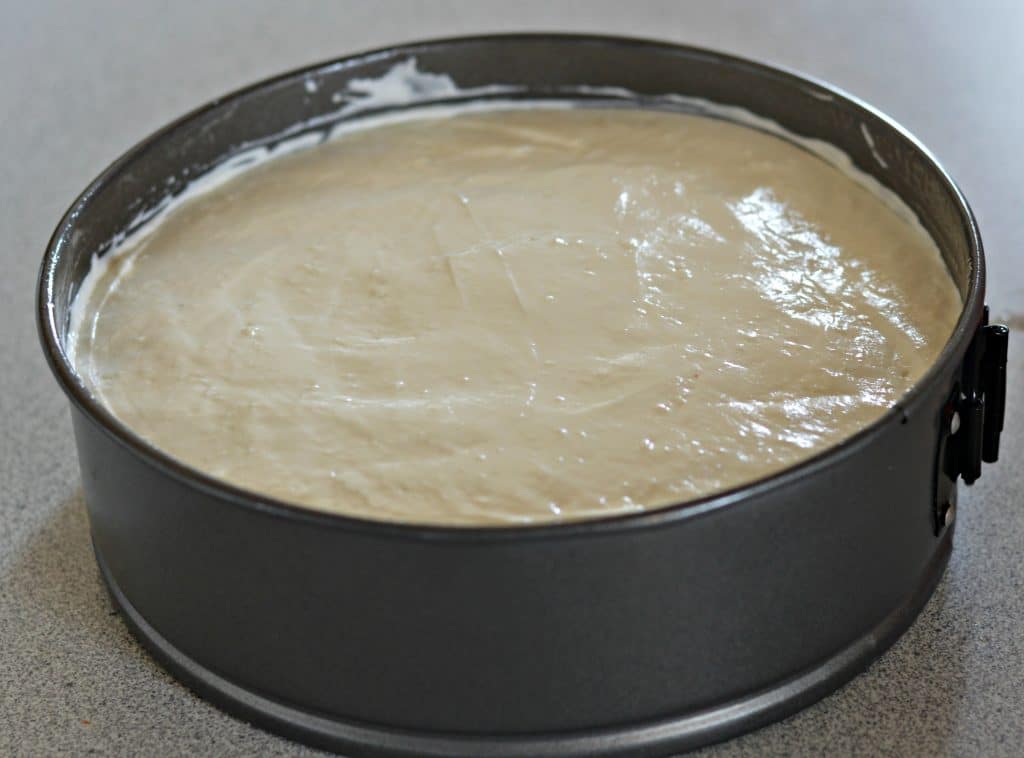 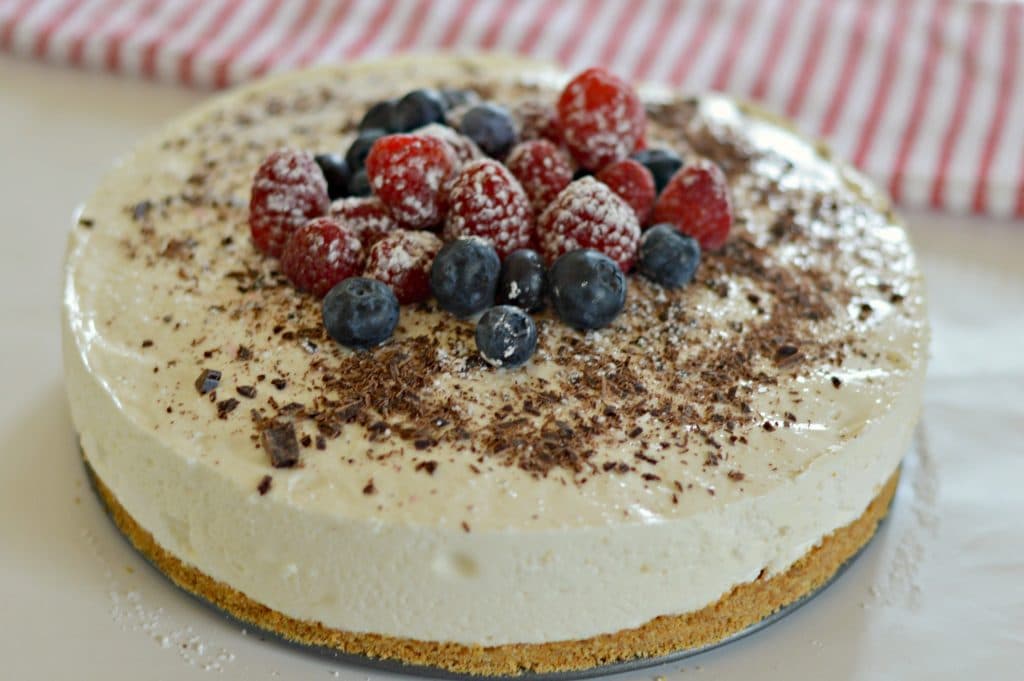 This is now one of our favorite desserts and I’m sure it will be for years to come! What is your favorite no-bake dessert recipe? 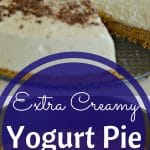 For the Pie Crust

Hi Charbel, This dessert looks amazing! Your clear instructions and photos make this sound easy to make. Thanks for sharing your recipe - I hope to prepare it soon! Blessings, Janet

Hi Janet! Thank you for your kind words :) I hope that you enjoy it! Let me know how it turns out.