Inside: Mexican Pork Adobo is a delicious and flavorful recipe from Mexico that you will fall in love with the first time you try it. Find out how to make it below. 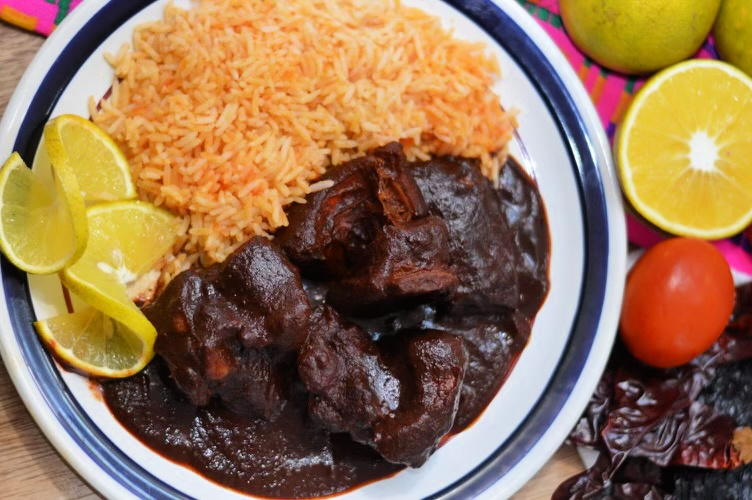 Mexican pork adobo is a very popular dish that is served often a birthday and wedding celebrations in Mexico. It has a flavorful sauce called Mexican adobo that takes this meal to the next level. The adobo sauce, combined with juicy pork meat will have you and your guests coming back for more. It is a great recipe when you need to serve a lot of people, or when you want to treat your family to a special meal. It is a simple recipe, but very flavorful!

What is Mexican Pork Adobo?

Mexican pork adobo is a delicious dish which has is made with a base of adobo sauce, which can be used not only for pork but also for beef, fish, or chicken. There are different ways to make it, but today I am going to share the traditional way that I was taught and I hope it becomes a family favorite for you too.

The sauce used to make pork adobo is similar to mole, but it has less ingredients. It is made with a special combination of chiles such as guajillo chiles, pasilla chiles, and chile ancho. Those are then combined with different spiced and white vinegar, resulting a deep red color that is characteristic of this dish. 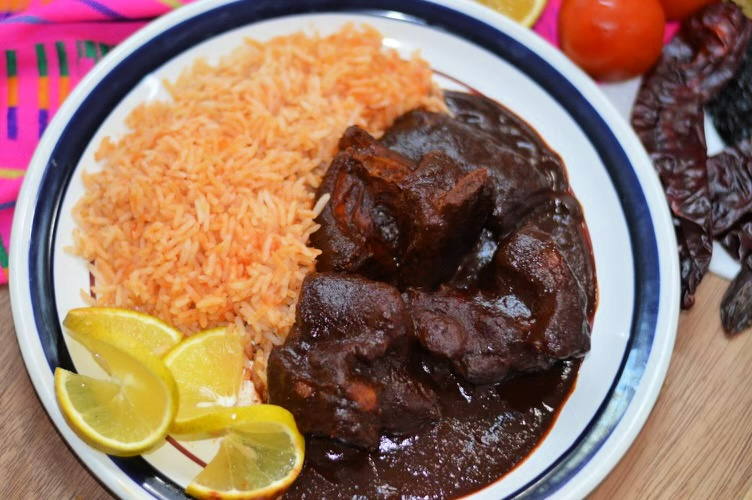 Adobo was used traditionally as a way to preserve meats so that they could last longer. As time went by, however, the recipes were adapted and changed which resulted in the large variety of adobo recipes that you will find today. The version I am going to share today has a little bit of spice, but it is not overwhelming, so everyone can enjoy it.

How do you make Mexican Pork Adobo?

Although this recipe has many ingredients, it is pretty simple to prepare. You can make it more or less spicy depending on your personal tastes. 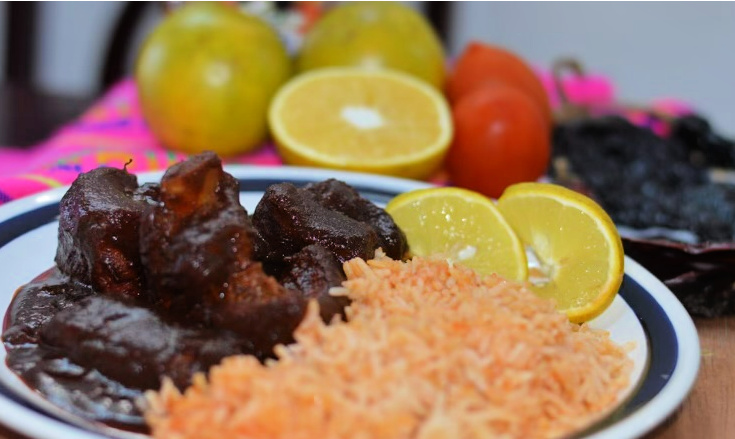 To make it, you will need to prepare the pork and also the adobo sauce, using the following ingredients.

Once you have all of these ingredients ready, you will use the following cooking process to make this recipe.

Place the pork in a large pot with the water, 1/2 onion, head of garlic, bay leaf and salt and bring it to a boil. When it reaches a boil, there will probably be some foam at the top of the water, which you should remove and then let the pork cook for about 40 minutes, or until it is cooked through. You can also opt to cook the pork in a pressure cooker so that it is cooked more quickly, but that is up to you.

Once cooked, remove the pork and allow it to cool, setting aside the liquid from the cooking process so that you can use it in a later step.

For all of the chiles except the morita chiles, remove the stems and seeds. Then roast them all (including morita chiles) in a wide pan, flipping them often so they don’t burn. Do this for about a minute and remove from the heat.

In the same frying pan, roast the onion and garlic cloves until they start to change colors and then add the rest of the spices (including the cinnamon sticks) for about a minute.

The next step is to add the chiles to 2 cups of the broth that you made when cooking the pork until they are softened. Fry the tortilla or stale bread in 1 tablespoon of pork lard or oil and then add to the broth with the chiles. Add the rest of the ingredients to a blender with the chiles, tortilla or bread, and broth and blend well. You will then strain the resulting mixture setting aside the sauce and disposing of what remains in the strainer. 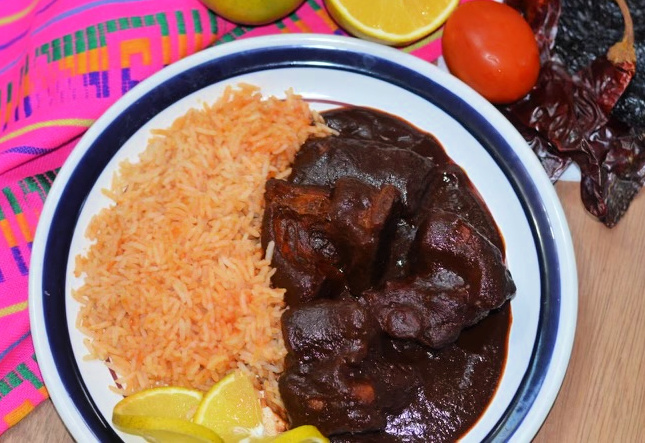 In a large pot, add 3 tablespoons of pork lard or oil over high heat and fry the pork meat. When the pork is gold brown, add the adobo sauce and let cook for about 10 minutes. When it starts to boil, lower the heat to medium heat or low heat and let cook for 25 more minutes. Add salt if needed.

Serve with rice, beans, and tortillas and enjoy!

Check out these other similar recipes 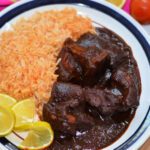 To Finish the Pork Adobo 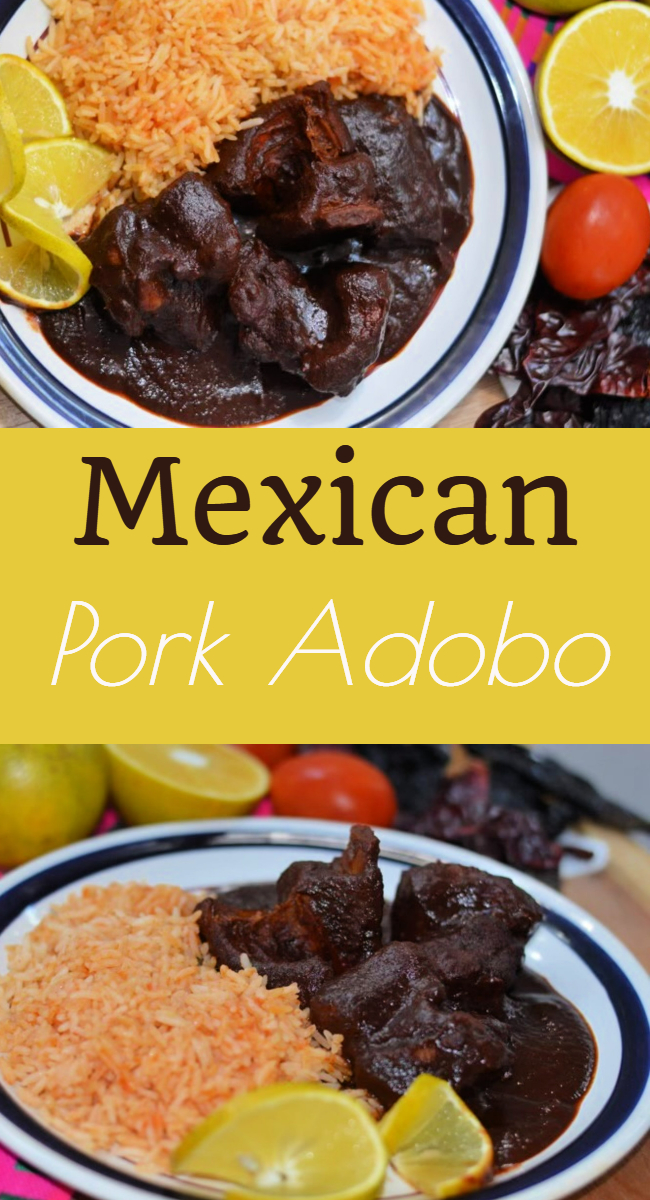