Inside: If you love our Pozole Rojo recipe, then you will want to try this Pozole Verde recipe. The preparation is similar, but there are some important differences! 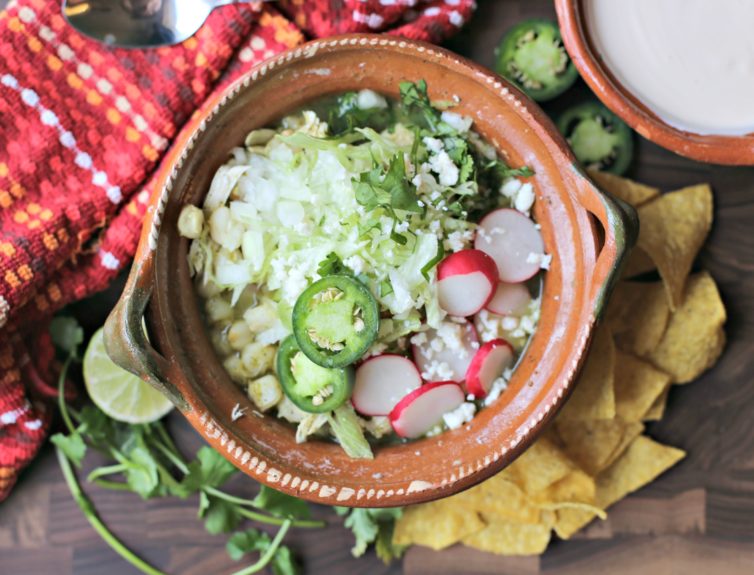 Today, I want to show you another version of Pozole, which is called Pozole Verde, which is more popular in central Mexico, and it is delicious!

What is the difference between Pozole Verde and Pozole Rojo?

As the name implies, the broth of Pozole verde has a green color to it, because of the types of chiles and spices that you use to make it. Pozole rojo, on the other hand, has a red broth. 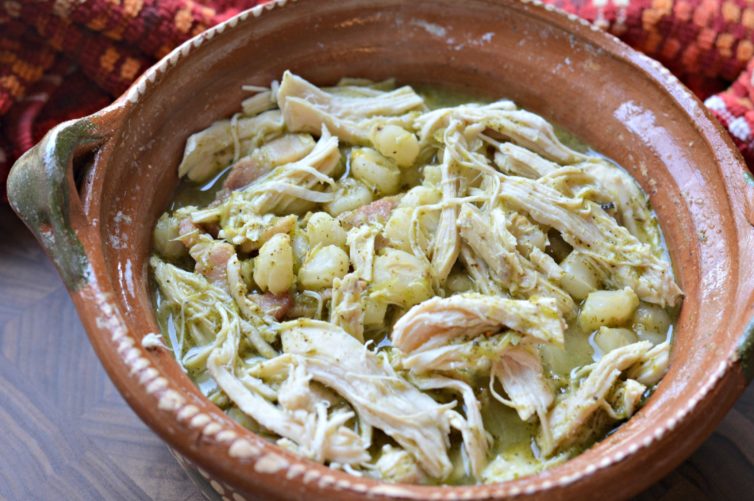 That isn’t the only difference, however. Pozole verde also includes bacon and is made with chicken instead of pork. My husband isn’t a huge fan of soup, but when it comes to this recipe he always says “if it has bacon, it must be good.”

Both versions are delicious, so I recommend you try them both at some point.

How do you make Pozole Verde?

To make this recipe, you will start by cooking the chicken. At the same time, you will make the “salsa verde” that forms the base of the broth and which includes a variety ingredients including radish leaves (see image below). This includes tomatillos, garlic, salt and jalapenos if desired. 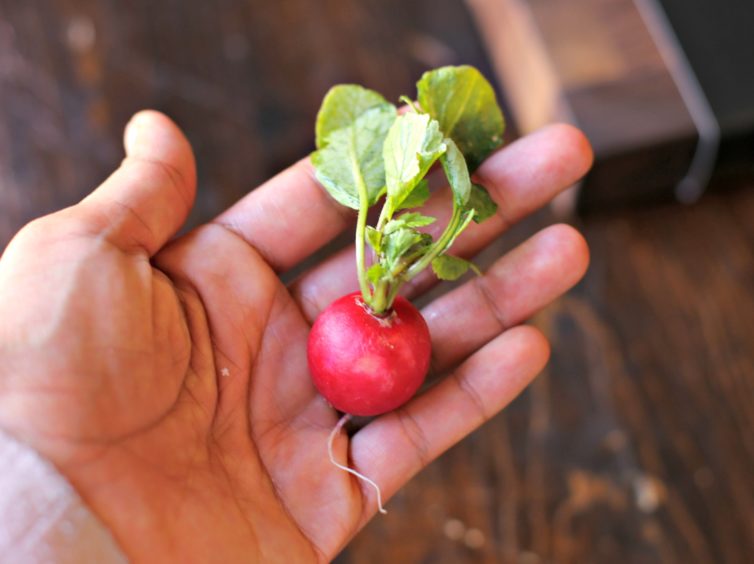 One ingredient that is absolutely necessary is hominy. Hominy is made from dried corn kernels that are soaked in an alkaline solution. I use about half of this large 105 oz can. It really adds a great taste to the soup and it is easy to find in the Mexican aisle at any grocery store. 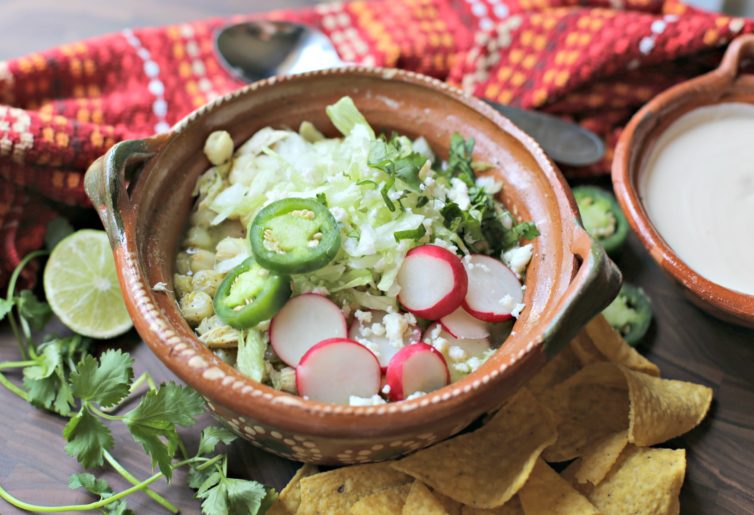 After cooking and combining all of the ingredients, you can let it simmer for a while, but you will want to serve it hot.

What garnishes do you use for Pozole Verde?

The pozole verde itself is really good, but what really makes it are the garnishes. Here are some of the possible options:

This is by far one of my favorite recipes to make. If I had to choose between pozole rojo and pozole verde, it would be close, but I think I would go with pozole verde most of the time! 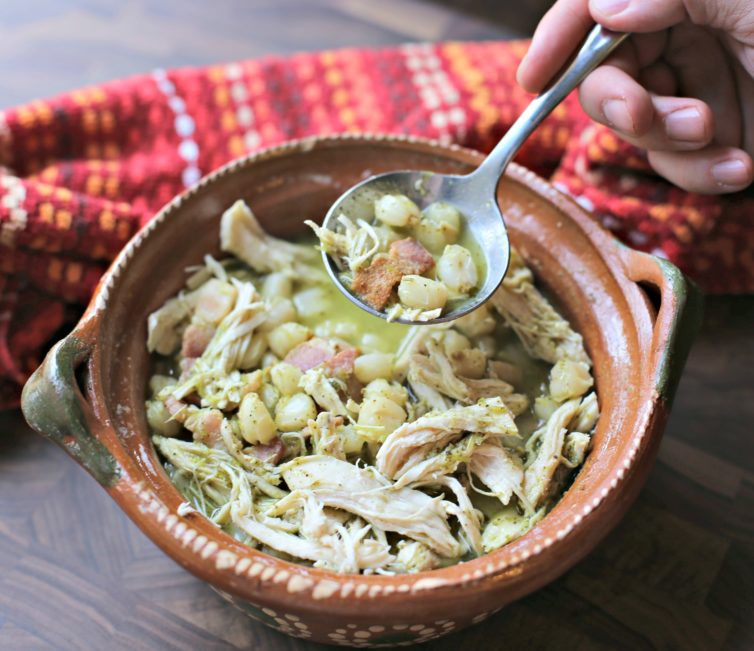 Making this recipe brings back so many memories from cooking with my abuelita in Mexico and that is just one other reason why I love it.

Let me know in the comments below how it turned out!

Check out these other Mexican soup recipes: 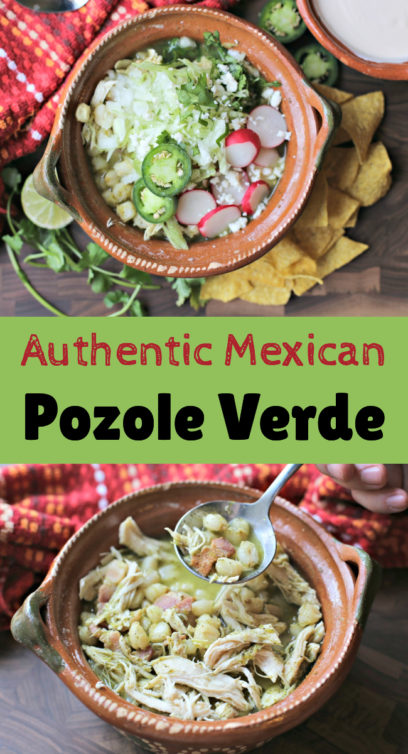 This recipe is so good! Thanks for sharing! :)

Very easy to make and extremely delicious! I added a little more chicken than what is called for.